Have Western Europe and the United States of America  of TODAY a “religion” in the TRUE sense of the word?

Is there ANYTHING in the socalled “West”, if viewed from the angle of the OLD ASIAN traditions especially from India and China, that may be worth of true “respect”?

Or would it be overdone, if asking, whether EVERYTHING from SPIRITUALITY WHATEVER is under pressure and persecution on this planet today and – sad to say – even danger of life not excluded?

Meaning in effect: Would it count as CORRECT observation, that we since 20th century seem to see  several AUTHENTIC traditions of higher sort “under attack”,

OR should we say: IF so, IF “EVERYTHING” SPIRITUAL “seemingly” under attack, should this be INTERPRETED as some sort of CHANGING of the PLANET, say for to meet other and “new” needs? Or should we say, that PHENOMENS indeed cannot be denied, but have the character of

Those may be considered difficult questions for heavy books – for which most people have NO TIME to spare.

I however since my youth in remote Northern Germany rural peasantry had some sort of “cordial interest” in TIBET – nobody knows WHY? Nobody knows either, why I jumped NOT on the band-waggon of “New-Age”, the “Hippie-movement” and similar “camouflaged entertainments” of the “roaring 1968-revolution”, which, as we today in 2020 are told, were DIRECTED by CIA and other GOVERNMENTAL BODIES engaged in the BIG BUSINESS of management of socalled “CULTURE” – which is: what THEY call “culture”!

Well, for the time being, we may be content, that it is as it is, with which  excusation I now may PRESENT some COLORED PICTURES from Tibet – especially FOCUSSED on “LIVING RETREAT-MASTERS”, which, so to say, had REALIZED, what were the OLD teachings of Tilopa, Naropa, Marpa, Milarepa forming eventually the KAGYÜ-lineage – but only AFTER PADMA SAMBHAVA had brought BUDDHISM to Tibet. 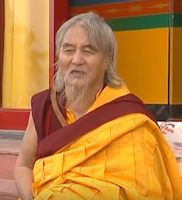 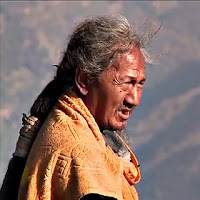 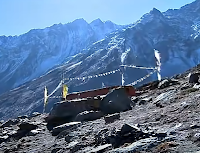 What we however can tell is, that they are NOT operating ARBITRARELY, that they have some sort of “training instructions” for retreats, condensed from “REPORTS FROM EXPERIENCES” OF FORMER people, that underwent the “retreat-trainings”. Plus: They are keeping reports of experiences from people ACTUALLY and TODAY in retreats.

I may add for EUROPEAN readers, that they have certain “common concepts” in function of “prerequisites and requirements” such as for instance,

From which we easily may learn, especially if coming from European contaminated ways of learning and living, that a JOURNEY without proper PREPARATION with some probability  MAY become a FAILURE!

So my presentation here is NOT an invitation, to start something WITHOUT proper preparations, but to get to know some MASTERS, who SUCCEDED  ALREADY, so to participate in their BLESSINGS.

The other motivation behind this presentation may be considered to be my personal concern, why this tradition of education should be DYING because “powers that be” have set the Tibetan people to undergo ORDEAL near extinction!

There however might be the following HOPE, which is, that the CHINESE THEMSELVES may recognize, that the TODAY MAOIST TOTALITARIAN COMMUNISM is an IMPORT from EUROPEAN  Karl Marx – and in nearly EVERY sense is ALIEN TO THE CHINESE TRADITIONS OF THE MILLENNIA! This is not just a “vague hope”, because I have seen reports and books, in which was explained that in CHINA itself certain TAOIST traditions have survived even the special cruel COMMUNIST-Chinese persecutions!

And just ONE of those CHINESE SURVIVORS of AUTHENTIC CHINESE TRADITION – far, far away from the PRIMITIVITY of COMMUNISM! – is Master WANG LIPING – Wiki EN – “Wang Li Ping” in youtube –  (Holy Laoshan – or Luschan Mountains, province Shandong) and I know him, because he is in internet!  – Wang Liping is in the tradition of “Quanzhu Longmen pai”, which is the “Quanzhu Dragon Gate school” – practical introduction to Wang Li-ping  Dragon Gate  for Westerners in youtube channel “Nathan Brine”  – and in blogspot-blog “Enter the Dragon Gate” – I may add for people coming from the CHRISTIAN angle: We really should assume, that they had in old Israel SCHOOLS targeted to the education of HERMITS and of PROPHETS, among which one of the most FAMOUS the SCHOOL of ELIAS at MOUNT KARMEL / Haifa, the Elias-tradition later moving to SINAI … and today transferred – in a rather  minimal shape – to the Order of CARMELITES – and, may be, to Athos and/or Ethioipia. We may even go as far, as to ASSUME, that Jesus Christ himself might have got a TRAINING in Israel and Egypt in PRACTISES, that are not a DOCTRINE in the pure sense, but rather TECHNICAL METHODS, that can be taught, learned and even trained! But of course EVERYBODY FOR HIMSELF has to CHECK, what he or she may enter in METHODS coming from OTHER CULTURAL CONTEXTS. WESTERNERS for instance may find, that the “complete lotus-seat” for European bones is near to impossible, whereas the “half-lotus-seat” may be practical and in LOTS of cases SUFFICIENT for to reach training-goals! – Okay, Germans searching for “heavy brain stuff” FIRST – before starting with “Daoist Dragon Gate – may turn to “Richard Wilhelm: Das Geheimnis der Goldenen Blüte”- German pdf from pdfdrive– short description German in “Spiritwiki” –

“Wang Li Ping” – which translates to “the lone Daoist” youtube 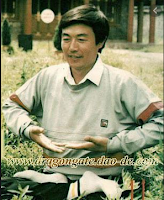 So in the end the COSMIC CENTRAL CONTROL may have just the intention,  to inmidst of all the today cruelties SPREAD THE WORDS OF WISDOM again, but this time over the ENTIRE PLANET – using even internet – and even amazon.com!

Last but not least a little detail, you never ever would have expected: Below I placed a pic taken from the (2nd) marriage of Sandor of Habsburg-Lothringen, in which – REALLY – a “tulku” from a Tibetan monastery officiated a short Buddhist ceremony of blessing. 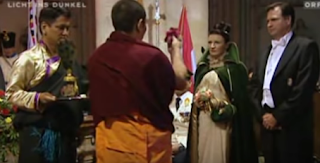 pic: marriage of Sandor Habsburg-Lothringen in Vienna, Church of Minorites, 2010 – with a REAL Tibetan Abbot officiating

From which we may learn: If the heart is great and love prevails, people may meet, as if the planet is a neighbourhood only …